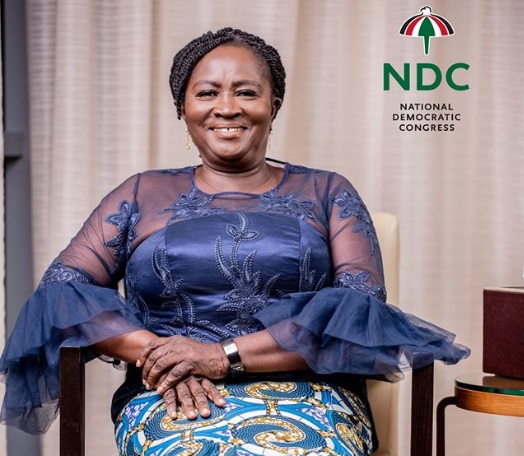 Born on 22 November 1951 in Cape Coast, Ghana, she was a former Minister for Education in Ghana.

Naana Jane Opoku-Agyemang attended Anglican Girls’ Secondary School at Koforidua and Aburi Presby Girls’ School. She then had her secondary education at the Wesley Girls High School in Cape Coast from 1964 to 1971.

She completed B.Ed (Hons) in English and French at the University of Cape Coast in 1977 and obtained her Masters and Doctorate degrees from York University in Toronto, Ontario, Canada in 1980 and 1986 respectively.

Professor Opoku-Agyemang taught and worked at the University of Cape Coast, starting in 1986. She has held various academic positions including Head of the Department of English, Dean of the Faculty of Arts, Warden of Adehye Hall, Valco Trust Fund Post-Graduate Hostel, and Dean of School of Graduate Studies and Research.

From 1997, she has held the position of Academic Director of the School for International Training in the History and Cultures of the African Diaspora. From 2008-2012 she was the University’s Vice-Chancellor.

In March 2007, Naana Jane Opoku Agemang was one of five scholars selected to deliver presentations during the 200th Anniversary of the Abolition of Slavery at the United Nations Headquarters in New York City.

In October 2009, she was elected Ghana’s representative to the Executive Board of the United Nations Educational, Scientific and Cultural Organisation (UNESCO).

Ahead of the 2012 general elections, Jane Opoku Agyemang moderated the debate with Kojo Oppong Nkrumah.

Between February 2013 and January 2017, she served as the Education Minister of Ghana. On 26 October 2018, she became the Chancellor of the Women’s University in Africa located in Zimbabwe.

She has served on many local and international boards and committees such as the Centre for Democratic Governance, (CDD-Ghana), the Editorial Board of The Harriet Tubman Series on the African Diaspora (Africa World Press Inc. USA), the Africa Initiative in Canada and the College of Physicians and Surgeons as Eminent Citizen.

Woodberry successfully defrauded two Chicago based companies in the tune of $15 million through the use of fake email appearing to have come from...
Read more
News

“Your degree is just a piece of paper, your education is seen in your behaviour” – Naira Marley

Nigerian singer, Fashola Azeez popularly known as Naira Marley has dropped a controversial statement on social media that has got people talking. The ‘Jo...
Read more

Woodberry successfully defrauded two Chicago based companies in the tune of $15 million through the use of fake email appearing to have come from...
Read more

“Your degree is just a piece of paper, your education is seen in your behaviour” – Naira Marley

The $50m Woodberry Stole From Chicago Companies May Never Be Recovered...

The $50m Woodberry Stole From Chicago Companies May Never Be Recovered...

Lady drags BBNaija’s Enkay for delivering over-sized dress to her despite...

ABOUT US
About UrbanVoiceToday.com Urbanvoicetoday.com is celebrity gossip, pop culture and sh!talking entertainment blog focused on delivering informative, accurate and latest entertainment Content to its cherished readers across the globe. Urbanvoicetoday was started by Kwame Safo on April 14, 2020, with just $27.28──so in case you plan on suing us over a brutal opinion or sh!talk publication hoping to get a fortune paid to you, you’ll end up getting just a smaller percentage of $27.28 or nothing! In case you are not happy or pissed off about a sh!talk article published about you on Urbanvoicetoday.com and want it removed which wouldn’t happen, send an email to the Editor-in-Chief, Kwame Safo at info@urbanvoicetoday.com/pay2urbanvoice@gmail.com or contact him via WhatsApp +233561054826. If you have a scoop or a hot gossip about a celebrity and wants to give us a tip-off, contact the above emails and phone number. Also, if you think a celebrity is messing up and you want to put him or her at the right place by writing sh!t about him or her, send the article to the emails above.
© Copyright Urban Voice Today - Designed by EasyWEB Ghana 🇬🇭